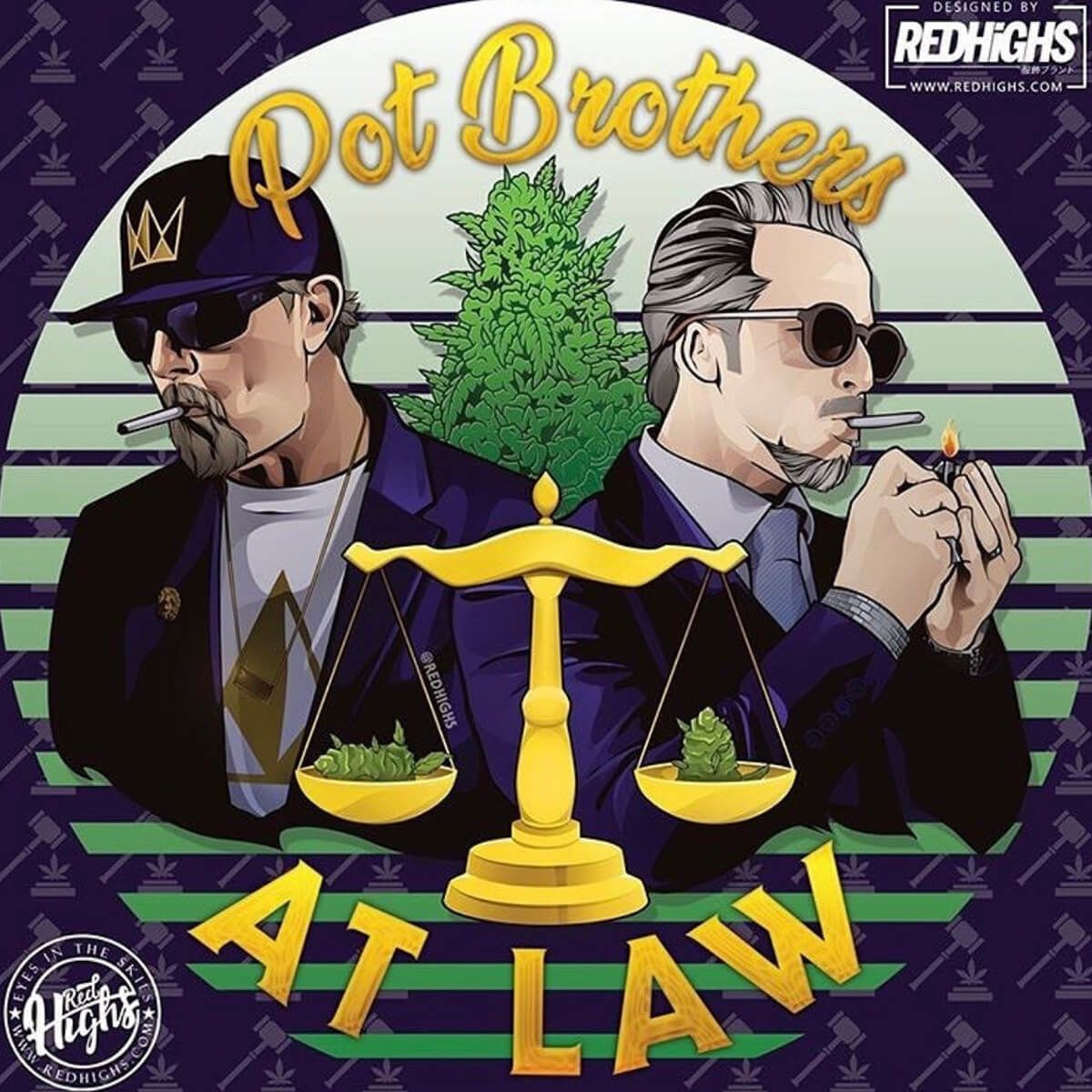 We Are Pot Brothers at Law

Almost any longtime herbalist could probably say that they have been involved in an incident involving cops and cannabis. Whether charged or set free, dealing with the police when it comes to marijuana is intimidating, inconvenient and unnecessary. Thankfully, the cannabis community has been blessed with two attorneys at law who are more than willing to help protect herbalists like us and yourself.
Craig and Marc Wasserman, a.k.a the Pot Brothers at Law, have represented countless cases in the State of California and have in recent years seen an increase in the demand for knowledgeable attorneys in regard to cannabis. The Wasserman Brothers offer consulting and representation services in California as well as tips and advice to anyone in need.

Scroll through the @Pot_Brothers_At_Law Instagram and you'll find countless videos which helped the brothers gain popularity so quickly.  Within the last four months, their Instagram has reached 485K followers because of their "Tip Of The Day" videos.  In addition, their TikTok has 708K followers. The Wasserman brothers have made "Shut the fuck up®" their claim to fame as that is the most valuable advice they can give to any herbalist.  That advice alone helped Craig's son win cases against officers who claim they were given content to search when in reality, there's no way that could be true with the Wasserman brothers as his representing attorneys.

The Pot Brothers at Law handout the most valuable business card not only stating their location but on the flip side in big bold letters is written a statement to remind you of your right to remain silent and how to, as politely as possible, inform the police of your decision to 'shut the fuck up®.'

Craig and Marc found themselves fighting against a female officer who claimed to have received consent to search Craig's son. After Marc tore the woman a few new holes, he handed her the WassLaw business card which states, "I do not consent to a search.  To any police officer or law enforcement personnel, I am invoking my 5th amendment right and will only speak to you with my attorney present.  Please allow me to contact my attorney at. Suddenly after she read the statement aloud to the courtroom, she ironically changed her mind.  The charge and evidence were thrown out due to unreasonable search and seizure.  "The best day on earth," Craig says, "was when we went into Newport Beach Police Department and they were ordered to return the evidence… We walked out with all of the medication, the chocolates, the money, the phone, the concentrates, everything."

After successfully helping his nephew, Marc says that the Pot Brothers at Law basically formed itself. The brothers each had their own individual practices and after winning cases for their own families, they saw no reason to not help the community. Especially after launching their Instagram account four months ago and attending many cannabis events, the Pot Brothers at Law firm has seen an increase of thousands of inquiries about cannabis consultations. They recognize that people will always be wrongfully accused no matter what the law is and their mission is to keep people out of jail. Both Craig and Marc have heard numerous stories about how people have gotten out of trouble simply because they shut the fuck up®.

The Wasserman brothers are probably the most comical and chill attorneys you will ever come across. They are confident in the courtroom as medical marijuana patients themselves, fighting for the cannabis rights of others. They joked about creating key chains that say, "Am I being detained, or am I free to go?", which we think is an awesome idea by the way! They strive to not only be entertaining but informative ways to constantly remind you of your rights.

Pot Brothers at Law prides its firm on being very honest with its clients. "As far as us not taking a case would be us being upfront and blunt with the client and saying 'you're fucked' and we're not gonna blow smoke up your you know what," Craig says. He or his brother could not recall a medical marijuana case that they turned away. As the days go by, it seems as if they are representing more medical marijuana cases than any other type of case. They've achieved so much publicity with absolutely no advertising, not including social media, although they seem to be pros at it!

As herbalists themselves, Craig and Marc find that smoking marijuana throughout their workday actually helps instead of impairs them. Cannabis helps calm their nerves in the courtroom when dealing with difficult opposing attorneys and judges. Although they don't claim to have any negative experiences with dabbing before work, they choose not to because they know it could potentially affect their work. They claim to not have any trouble maintaining a professional public image while getting high because, like any herbalist, if they don't want you to know, you won't know they're high. Since they've tried to stay smart when smoking cannabis, they are thankful to have never been in trouble with the law for cannabis or for anything else.

The Pot Brothers gave us some valuable advice: do not have any conversations with the cops! No matter how many questions they may ask, your only two responses should be "I'm not discussing my day" and "Am I being detained?" They touched upon issues like the recent arrests at HempCon that have not been publicized, most likely because of the backlash from the cannabis community for the unreasonable arrests. They are on a mission to get people to realize that cannabis is not a crime and it is a waste of people's time and taxpaying money to take these cases to court.

Wass Law has received such amazing feedback at the various events they have been invited to that they have found it necessary to attend and buy booths to meet with many event-goers. In addition to events, the Pot Brothers are involved in an amazing political activist organization called Cannabis Voice. Craig admits to not being the most politically savvy person however, he loves being a part of this organization that puts emphasis on voting for cannabis voice. The group hosts events in California to advocate for the cannabis community and has plans of placing voting registration cards in MMJ dispensaries to encourage those who are not registered to prepare to vote on the 2016 ballot.

If you're in the state of California and find yourself in need of an attorney who specializes in cannabis law, the obvious choice should be the Pot Brothers at Law. Craig and Marc Wasserman have nearly 50 years of law practice between them and not only have education in cannabis law but a passion for it as well. Wass Law wants to fight for your right to smoke in peace! The Wass Law office is located at 12362 Beach Blvd Suite 16 Stanton, CA. Call with any questions regarding your cannabis case.